Johann Schmid-Davis, CFO of HÖRMANN Industries GmbH: “We are satisfied with our performance in the first half of 2019 on the whole. We fully achieved or exceeded our growth targets in all four divisions. Following the successful refinancing of our bond in May, we also secured our diversified financing structure for the next five years. We are thus confident with regard to the coming months and expect to achieve our full-year targets.”

With its order situation remaining healthy, the Automotive division generated sales of EUR 207.1 million in the first half of 2019 (H1 2018: EUR 214.6 million). Adjusted EBIT (before non-recurring and prior-period effects of EUR 1.2 million due to the deconsolidation of the Penzberg plant) amounted to EUR 1.8 million (H1 2018: EUR 4.4 million). This decrease was primarily due to higher personnel expenses at the Penzberg plant and the deconsolidation of the company with effect from 1 April 2019, as well as higher costs at the plants in Gustavsburg and Banovce (Slovakia), which were caused by the high degree of production utilisation. The company plans to relocate particularly labour-intensive product components with a sales volume of EUR 30 million to Banovce by the end of the year. The degree of automation at the plants in Germany will also be increased further through targeted investments. HÖRMANN Industries expects full-year sales and operating EBIT in the Automo-tive division to be lower than in the previous year. In addition to the deconsolidation of HÖRMANN Automotive Penzberg GmbH, HÖRMANN expects the reduced sales forecasts on the part of commer-cial vehicle manufacturers to have an effect.

Sales in the Communication division increased by 20.7% year-on-year to EUR 47.4 million in the first six months of 2019 (H1 2018: EUR 39.3 million). EBIT also improved from EUR 2.7 million to EUR 5.9 million. The positive development in this division was due in particular to the division’s core company, Funkwerk AG, which fully achieved its growth targets in the period under review. In July 2019, Funkwerk AG also concluded an investor agreement with euromicron AG and in the meantime acquired 15.36% of the shares of euromicron AG. This investment will further strengthen the Communication division, open up new prospects for its future development and advance the strategic reorientation of the Group as a whole in the direction of digitisation and Industry 4.0.

The Engineering division also benefited from the healthy order and project situation in the first half of 2019. As expected, sales increased from EUR 17.5 million in the previous year to EUR 27.0 million due to the multi-year project orders that are currently being processed. EBIT also improved signifi-cantly to EUR 2.1 million (H1 2018: EUR 1.1 million). With the acquisition of a majority interest in Klatt Fördertechnik GmbH with effect from 1 April 2019, the HÖRMANN Group has also expanded the division’s product portfolio both vertically and horizontally and further strengthened the expertise of the Engineering division.

The Services division generated sales of EUR 18.1 million in the first six months of 2019 (H1 2018: EUR 16.4 million). As expected, EBIT was still impacted by the optimisation of the internal organisa-tion of the relatively new division, amounting to EUR -0.4 million (H1 2018: EUR -0.2 million). HÖRMANN Industries is planning to continuously expand the division over the coming years in order to exploit the growth potential resulting from the technological megatrends of Industry 4.0, digitisation, automation and electric mobility.

The full interim financial statements of HÖRMANN Industries GmbH for the first half of 2019 is available at: https://www.hoermann-gruppe.de/en/investor-relations/financial-publications/finanzpublikationen 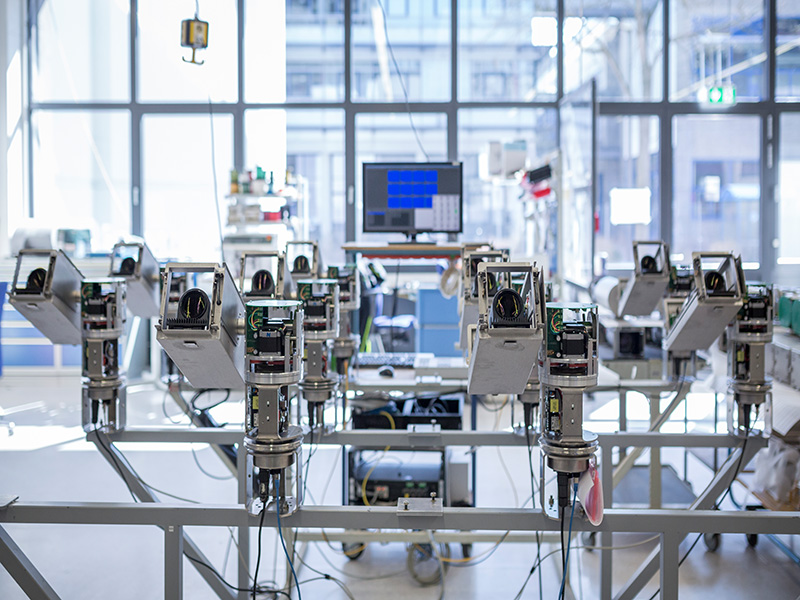